For the most part this batch of signatures were fairly legible, so I will try to keep my penmanship comments to a minimum. 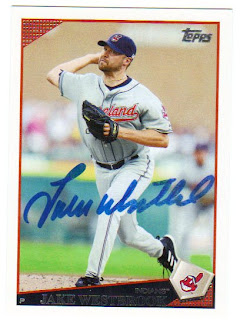 Jake returned this card to me in exactly 2 weeks. Ok, I can't help myself...it looks to me like he wrote "Tulu Wuthl". Does anyone else see this? 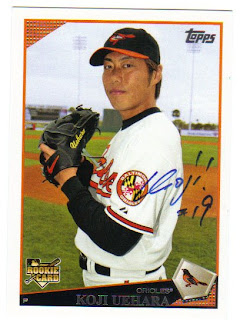 And 4 days later saw the return of Koji. I feel like he should put at least 1 exclamation point after his signature. I also like that he only signs his first name. Like Cher. Or Maddona. Koji! 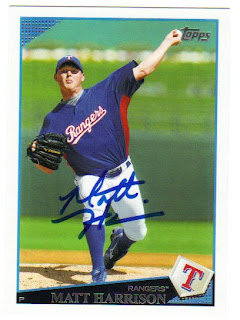 The same day as Koji!, Mr. Harrison also appeared in my mailbox. I have no snide comments for Matt. It's a decent, readable signature and looks nice on the card. Color me commentless. 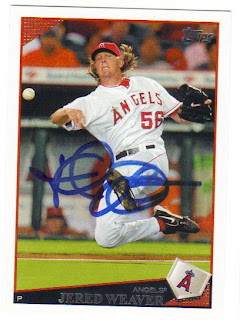 And so ends another installment of my recent TTM successes. Overall, 2009 Topps looks pretty nice signed, especially in blue, but that's just my personal preference. Stay tuned for more to come.
Posted by Amy at 4:08 PM